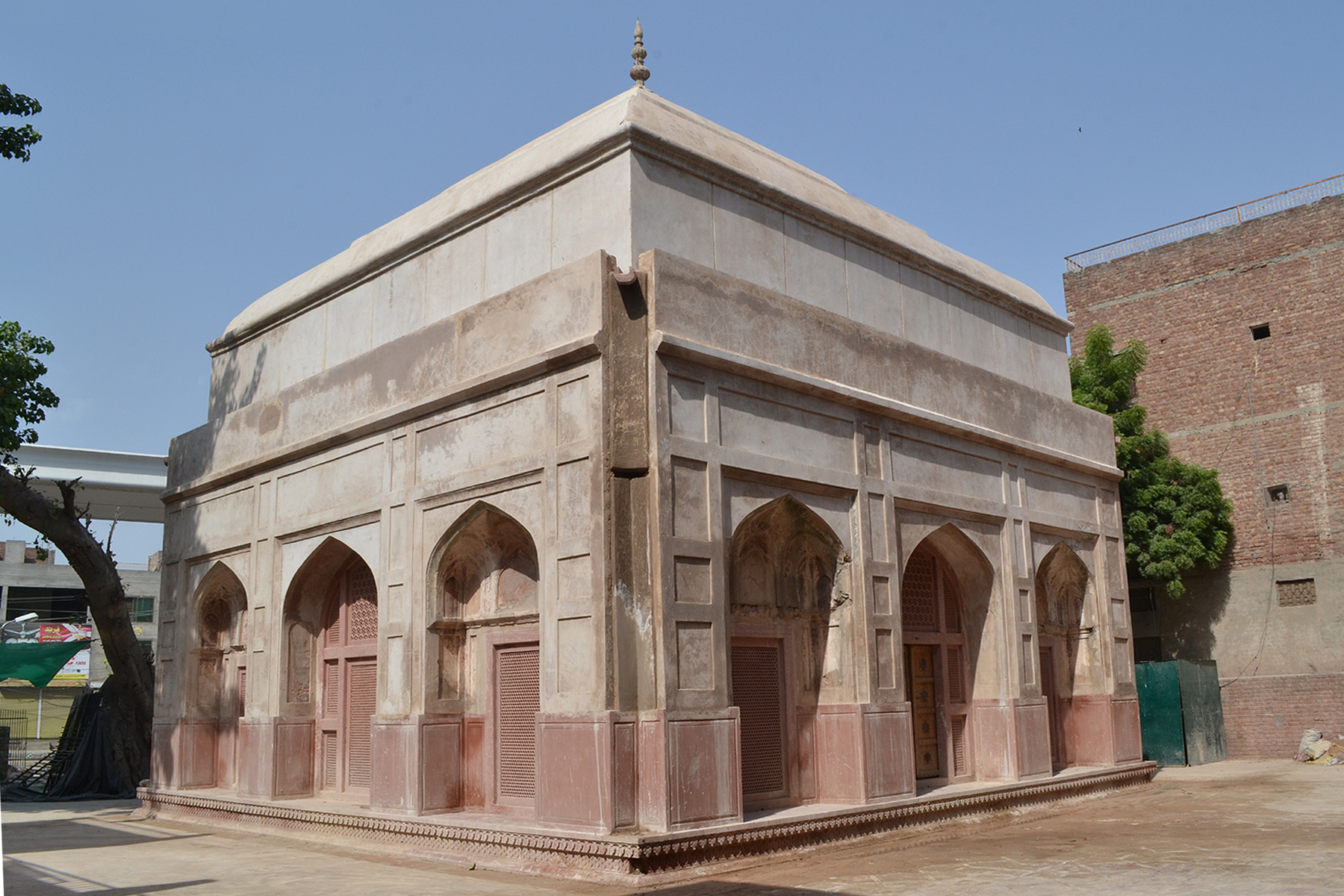 History of Site/ Monument: - There are graves of unknown persons in the tomb but popularly associated with princess Zaib-un-Nisa, the eldest and most celebrated daughter of the 6th Mughal Emperor, Aurangzeb. It is also said that this tomb was built by her in 1669 A.D. in the midst of a beautiful garden.

Present Condition (Exterior & Interior): - The mausoleum building today is just a shell and divested of its decorative features and elements. Historical accounts refer its devastation to Ranjit Singh, who removed its costly materials for construction of his summer house in Hazuri Bagh close to the Lahore Fort. Presently the entire structure is stable, surrounded by the houses and shops leaving a space to access the tomb from main road.

Decorative motives/ important features: - Supporting a unique dome, a pyramidal form on square dome, curvilinear externally and hemispherical internally is the only example in Lahore. Each face of the square tomb consists of a central cusped arch flanked by cusped arch insets and low height doorways, through which the internal chamber, containing two unmarked graves, is visible. The tomb building is constructed on a raised brick platform. A portion of the original tessellated floor of white and black marble and Sang-e-Badal is still survived. The existing patches of the flooring are exactly similar to that of the veranda in Jahangir’s tomb in Shahdara near Lahore.