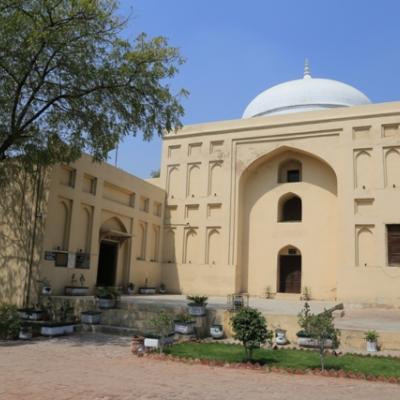 It is situated at the present Kasur Museum building adjacent galleries hall on the neck of Main Feroz pur Road, Kasur. The Mausoleum of Nawab Wakeel Khan is a huge square structure with a high dome. Almost the exterior of the mausoleum has been finished with kankar lime and glazed lime plaster.

According to available revenue achive record of District Kasur, it is stated that is the tomb of Nawab Wakil Khan one of the Army Generals in the Sher Shah Suri period and he was buried there after his death in battle at Kasur.

After the Sikh occupation of Kasur in 1802 A.D. till 1848 A.D. the beautiful tomb was used as Guru Dawara. In the British rule the stated tomb was being used as S.D.M. Office and Mr. John Tatler was first S.D.M. of Kasur.