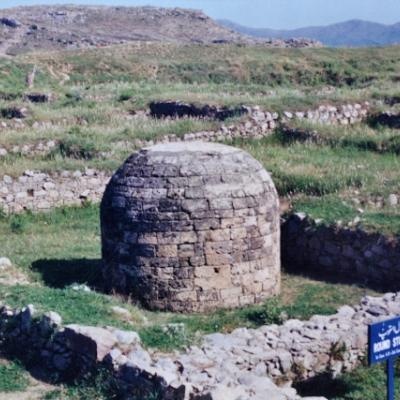 The archeological sites of Taxila include buildings and Buddhist stupas from 5th century to 6th century AD. The main ruins of Taxila are divided into three major cities, each belonging to a distinct time period. The oldest of these is the Hathial area, dates between the 6th century BCE and the late 2nd millennium BCE. The second city of Taxila is located at Sirkap and was built by Greco-Bactrian kings in the 2nd century BCE. The third city of Taxila is at Sirsukh and relates to the Kushan kings.