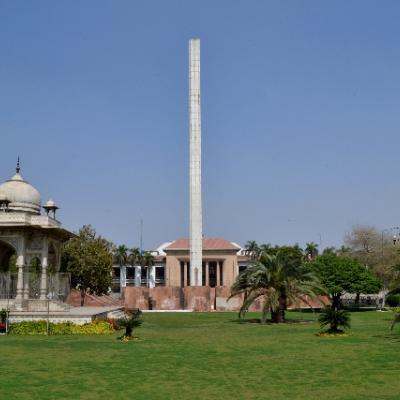 The Islamic Summit Minar is an obelisk-shaped structure built near the Charing Cross, Mall Road in Lahore, Punjab, Pakistan. It was built to commemorate the Organisation of Islamic Conference summit held in Lahore in 1974. Its foundation stone was laid on 22 February 1974 on the first anniversary of the conference.

The monument, composed of an obelisk and reflecting pool, completes the design of an urban square. Below ground, there is a museum display, meeting rooms, and a small auditorium. It is located in front of Wapda House and the Punjab Assembly Building.

The museum display below the monument comprises antiquities from various Muslim countries.