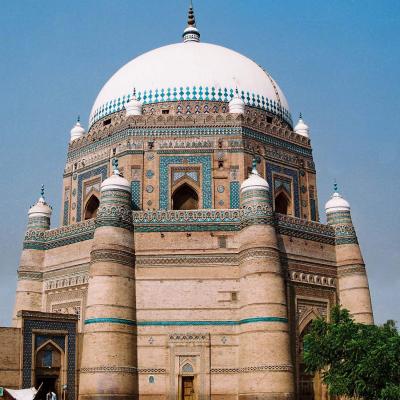 The tomb is said to have built by Ghias-ud-Din Tughlak (1320-1324 AD) during his governorship of  Depalpur, and handed over by his  son, Muhammad Bin- Tughlak to the descendants of Shah Rukn-e-  Alam for the burial in 1330. The monument received  Agha Khan Award in 1983. The tomb is graceful model of Muslim architecture made of tiles, bricks and wood, well decorated with glazed kashi tiles having geometric design in blue, white colours