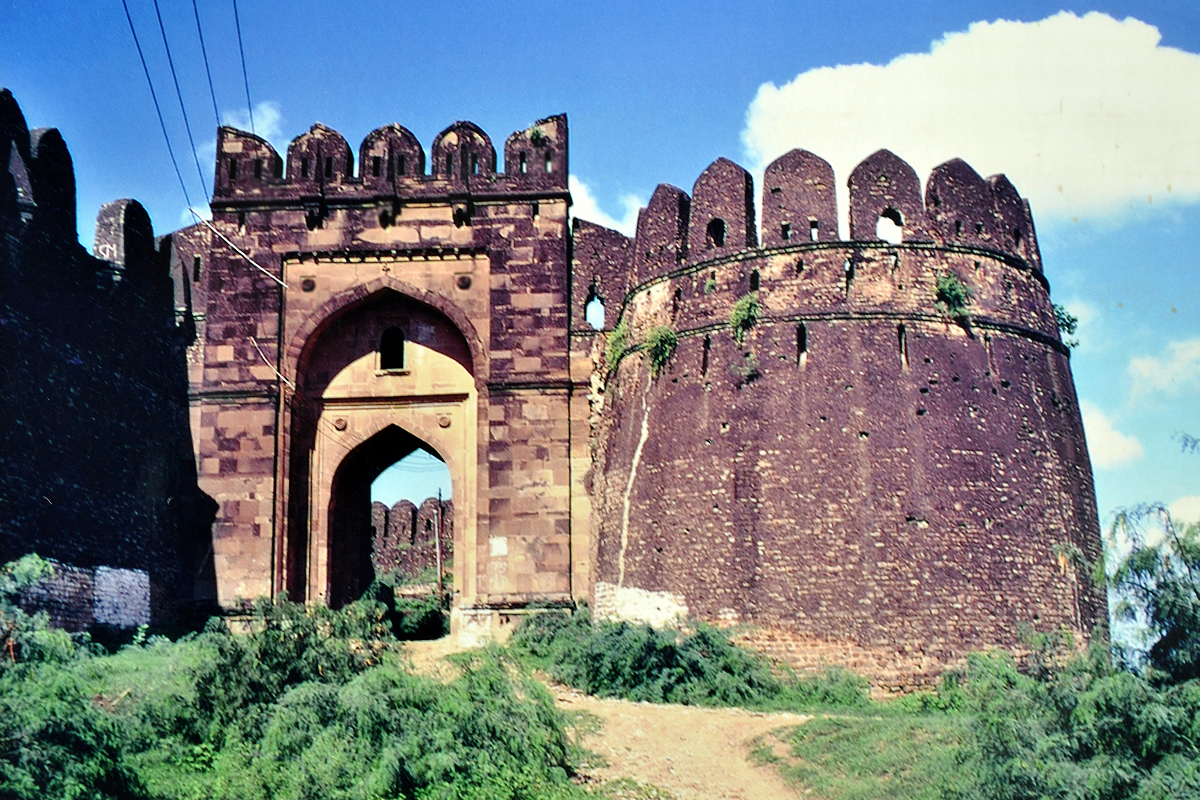 At about 11 miles North-West of Jhelum and 4 miles south of Dina Railway Station of P.W.R. is situated Rohtas Fort which was founded by Sher Shah Suri in 1542 A.D.

The plan of the fort is very irregular and probably the biggest in the Indo-Pakistan sub-continent. The fort has been divided into two main zones; the north-west quadrant, separated from the rest fort by an inner wall. It is called Andarkot and was probably reserved for the accommodation of the high officials. Following the same tradition, Akbar in Attack Fort has also an inner citadel. The extent of the perimeter, including the subsidiary fortification dividing the fort into two parts, is about 1 `1/2 miles. It contains 68 semicircular bastions and 12 gatways. The inner citadeal or ‘Andarkot’ has three of the four intact structures of fort; the so called Raja Man Singh Heveli, the Shahi Masjid and one of the two Baolis inside the fort.

Fortification wall
The fortification wall with its gateways is the most impressive feature of the fort. The wall reinforced with heavy semi circular bastions is built of locally available sand stone laid in lime mortar mixed with bajri. The wall is not one compact mass but the interior of the wall is loose sand stone and mortar sand witched by the dressed outer and inner face in lime mortar mixed with bajri. This technical draw-back in the fortification wall is greatly minimized by composing the wall in three and in some places four tiers thus making the base in many places 39’ thick and wall 30’ to 50’ high. The top most tier comprises a line of battlements with marlons from 8’ – 4” to 11’ high and 3’ – 8” thick. The marlons are providing with loop holes and machicolation. View images