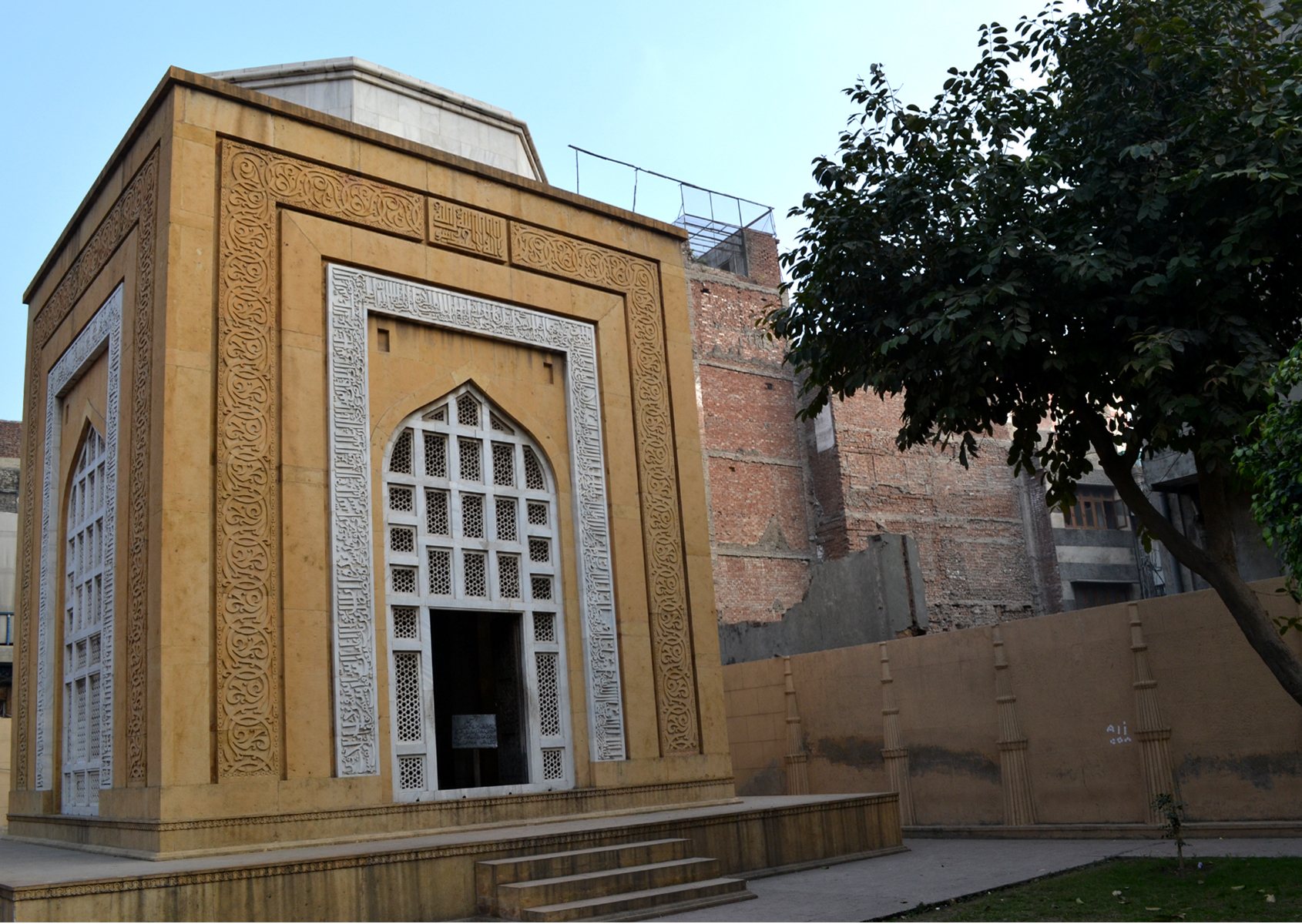 History of Site/ Monument: - Qutab-ud-Din Aibk, the first Sultan of India and founder of Khandan-e- Ghulaman( Dynasty of Slaves) as well as successor of Shahab-ud-Din Ghori  died as result of fall from horse while playing Chaugan (polo) in 1210 A.D. and was buried in the area outside Lahori/ Lohari gate now known as Anarkali Bazar. At the time of his death this area was an open ground most likely used as playing ground for Chaugan.
Present Condition (Exterior & Interior): -According to British period historical accounts there was a marble tomb which was pulled down by Ranjit Singh and then in British period a specific area surrounded with a wall for protection. On the basis of archaeological excavations it is found that originally there was only one grave without any tomb or structure. The Department of Archaeology and Museums, Pakistan built the present tomb over the grave in 1990, by acquiring two houses around the grave. At present the tomb building is in a very good state of conservation.
Decorative motives/ important features: - The tomb is built in Central Asian style also given some touches of local architectural traditions. Main square building is constructed on a platform, a three step staircase is provided to enter in the tomb. Walls of the tomb around the entrance are decorated with brilliant calligraphic work by Hafi Muhammad Yousaf Sadeedi, a reputed scriber of present times. An attempt has been made to develop small lawns and grow some trees around the tomb.