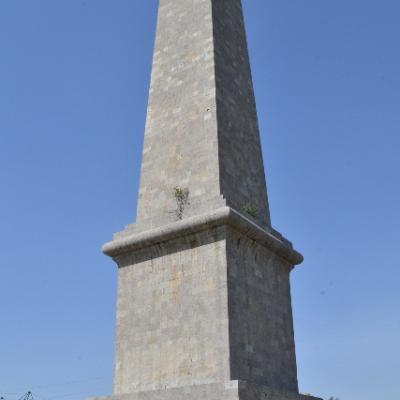 At Margala there is an old cutting through the hill crossibg Lahore and Peshawar Road, Margala has been mentioned by Hisun Tsang in early 7th century A.D. , Albiruni in the 11th century A.D. and other Muslim historians have also made a  mention of it. The road way is paved with dressed stones while a stone slab inserted into the wall on this side contains an inscription which shows that the work was completed in 1083 A.H., corresponding with 1672 A.D. or about the time when the Emperor Aurangzeb marched to Hasan Abdal and sent his son Prince Sultan with an army against the Khattak and other trans-Indus tribes. A Persian inscription of the period of Aurangzeb Alamgir was also recovered from the ancient part. The pavement was no doubt a remarkable achievement in those days.

A British monument was built in the last century to perpetuate the memory of the British Brigadier General John Nicholson who was killed during the liberation war of 1857 by a Muslim freedom fighter named Kala Khan.