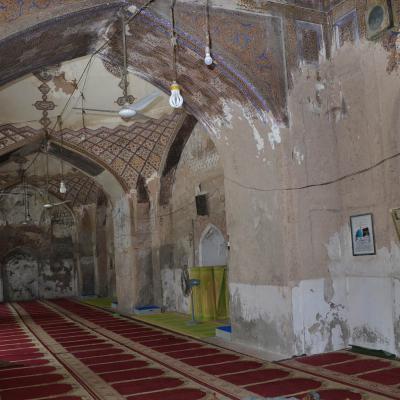 Maryam Zamani Mosque also known as Begum Shahi Masjid is located on eastern side of the Lahore Fort. Maryam Zamani Begum was mother of Mughal Emperor Noor-ud-din Jahangir.  This mosque is one of the earliest mosques of Mughal era, constructed under the orders and royal patronage of Emperor Jahangir from 1611-1614 AD.  The mosque is simple and graceful massive structure, richly decorated with fresco paintings in geometrical, floral and tendril designs. The main prayer chamber with its five arched openings, the central one as usual large framed and provided with a half dome, opened into a courtyard with an ablution tank in its center. The architectural plan and its decorative details especially its fresco paintings and calligraphy akes this mosque one of the more eminent Mughal monument.