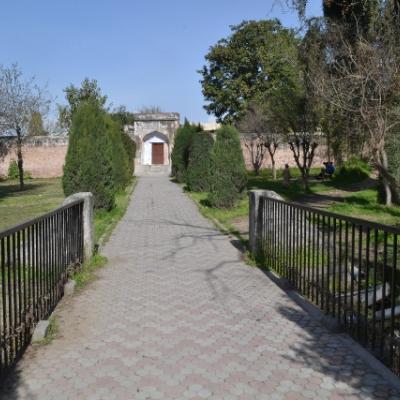 The so called Lala Rukh Tomb is situated at Hasan Abdal near Hakim's Tomb. The present name is misleading as the monument has not been known as such, in the past. The early 191h century English travellers like Elfinstone and William Moor-Craft and even Alexander Cunningham visiting it in 1888 AD. do not call it Lala Rukh's Tomb. The tomb seems to the publication of Thomas Moor's Lala Rukh, published from London in 1846 AD.
The cenotaph built in variegated sand stone stands on a high platform amidst a large enclosure which is approached through a door on the west. A spring flowing on the north side washes the enclosure wall.