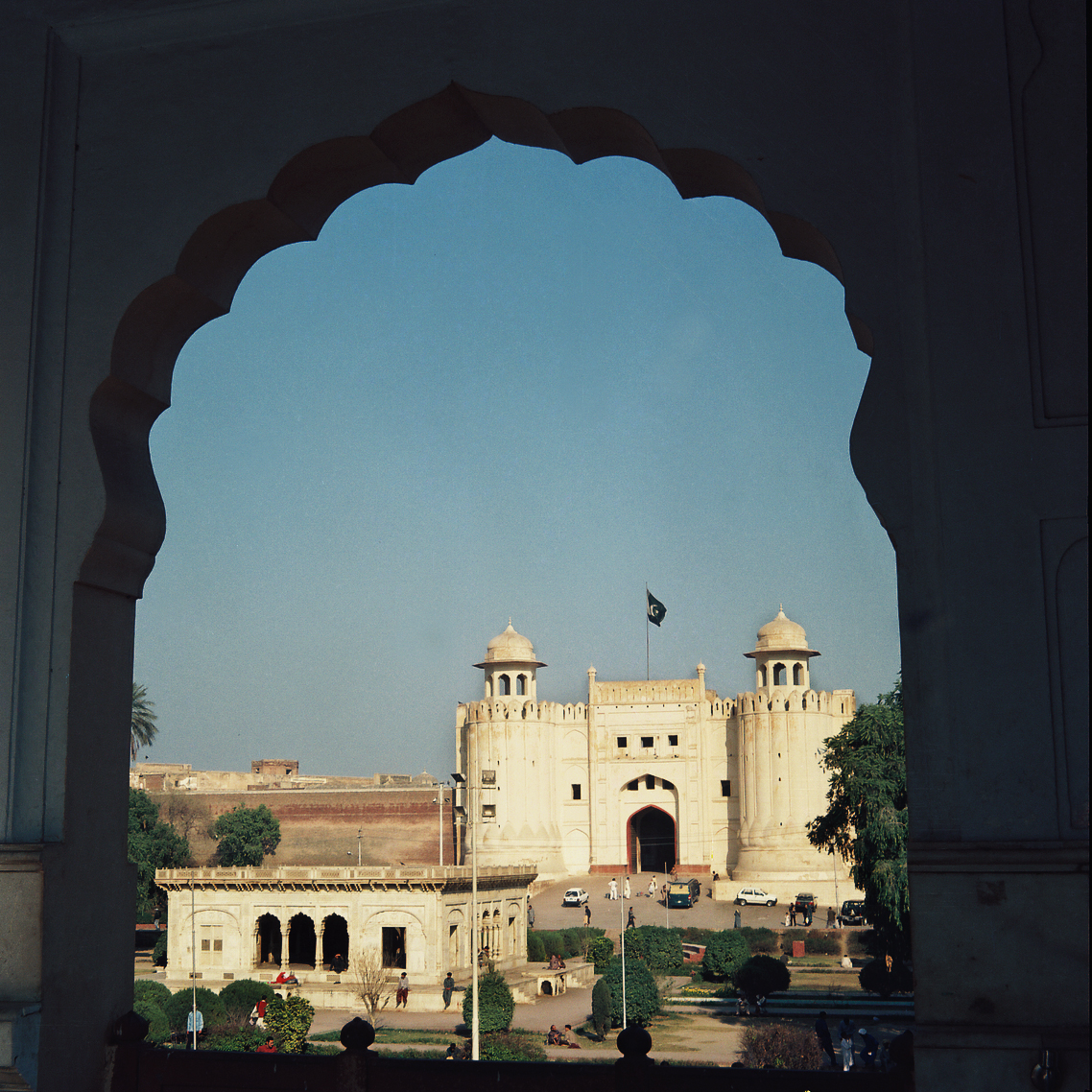 Early history of the Fort is shrouded in mystery and nothing definite is known about it as traditionally it is stated that the Fort was built as early as the city itself and its foundation is attributed to mythic Loh a son of the hero of Ramayana of Legendry age (1200-800 B.C) A small shrine known as the temple of Loh still exist in Lahore Fort, near the Alamgiri Gate, which gives support to this tradition.

The authentic mention of the Fort is found in connection with Muhammad San’s invasion of Lahore in 1180 A.D but was rebuilt by Emperor Balban in 1267 A.D. in the present shape, it was built by Akbar the great in 1566 A.D. who removed its mud construction, gave burnt brick masonry and enlarge it as well.

The contribution of Akbar the greet in the construction of the Fort is thus referred to in the Ain-i-Akbari, Lahore is a large city in the Bari Doad. In size and population it has few rivals. In old books it is called Lahawar. In this everlasting reign the for some time the seat of Government, lofty edifices were erected and delightful garden added to its beauty.

For established its origin, with conclusive evidence, excavations were carried out in the Fort by the Department of Archaeology, in the open lawn in front of Diwan-i-Am in 1959. A trench measuring 180 by 60 feet was laid and the digging was executed up to a depth of 50 feet and the natural soil was reached.  As a result twenty stratified cultural layers were encountered with from top to bottom on the natural soil formed four distinct periods. They were the British and Sikh, Mughal , Pre-Mughal and the pre-Muslim.

Below the levels of the pre-Mughal period the remains of non-Muslim or Hindu period were brought to light. The beginning of period I was marked by the appearance of 7 feet thick layer of debris mixed with fallen mud bricks indicating a great disturbance. The clearance of the thick deposit revealed a 12 feet high wall of mud bricks against which much cultural debris had accumulated. This may represent the non-Muslim mud-brick Fort.

Lahore fort is the only place in Pakistan which represents the different phases in the development of Mughal architecture. It achieved prominence during the reign of Emperor Akbar. Afterwards his successors, Jahangir, Shah Jahan and Aurangzeb added numerous new buildings. The architecture of Akbar’s period in the Fort is mainly in red sandstone with the combination of beam and bracket. More or less the same architecture is vivid in the buildings of Jahangir and he continued the work commenced by Akbar. Shah Jahan, who was known as prince architect of South Asia embellished Lahore Fort.

The Fort is situated at the north west corner of the city. It is irregular in plan being about 500 yards east to west by some 400 yards north to south. It is girdled round by a fortification wall constructed in small brunt brick having considerable strength. At intervals the wall has got bastions and loopholes for musketry.