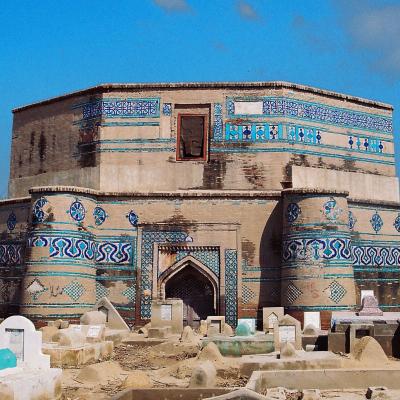 The tomb of Ghazi Khan lies in the city of Dera Ghazi Khan. Ghazi Khan, the chief of this territory was Mir Rani Baluch. He was  son of Haji Khan. He ruled this area in 16th Century during the reign of Babur, the founder of Mughal Empire in India. City was named after his son Nawab Ghazi Khan Mirrani Tomb of Ghazi Khan was built in 1494 AD.

Conservation/Restoration work has been completed in   2012-13