The Minar Built in country bricks was constructed under orders of Emperor Jahangir in about 1606 A.D. it was built to the loving memory of his pet antilope named Mansraj, which was captured somewhere in this area originally a royal hunting reserve. Jahangir has mentioned in his Tuzk one time that near Jahangir pur (Present Sheikhupura) a minaret was raised by his orders, in 1051 A.H. 1606 at the grave of an antelope called Mansraj.

At about 11 miles North-West of Jhelum and 4 miles south of Dina Railway Station of P.W.R. is situated Rohtas Fort which was founded by Sher Shah Suri in 1542 A.D. The plan of the fort is very irregular and probably the biggest in the Indo-Pakistan sub-continent. The fort has been divided into two main zones; the north-west quadrant, separated from the rest fort by an inner wall.

As per inscriptions –this exquisite mosque was founded in 1041 AH/1634 AD by Hakim Ali-ud Din Ansari entitled Nawab Wazir Khan, native of Chiniot, district Jhang, a viceroy of Punjab during the reign of 5th Mughal Emperor, Shahjahan. He was one of the most entrusted physicians of the prince Khurram (Shahjahan).

Terraced and walled gardens with pavilions and canals running through the centre were another innovation introduced for the very first time in the architectural history of the sub-continent, by Mughal Emperor Shahjahan. These garden are well known to the world by their popular name of “Shalamar”. Perhaps there is no other garden in the whole of Asia which nature and man have combined to make so lovely, and round which history and legend have woven so much romance.

Taxila is the most important Buddhist sites in Pakistan housing about 50 archeological remains from the 2nd century BC to 6th century AD. Taxila was discovered in 1911 - 1922 by Sir Joh Marshal who has been regarded as the discoverer of many other archeological sites including the Indus Cvilization's Moen Jo Daro & Harappa. 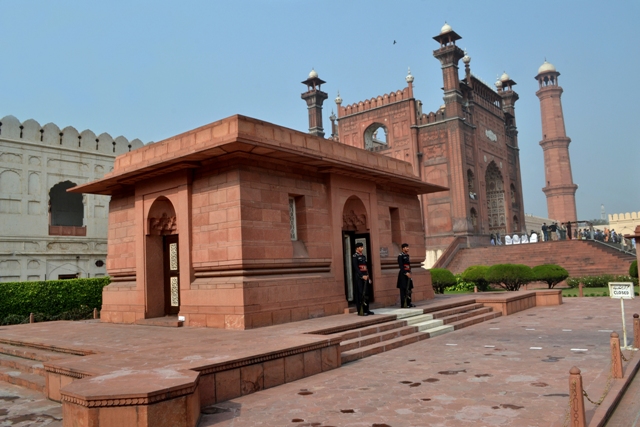 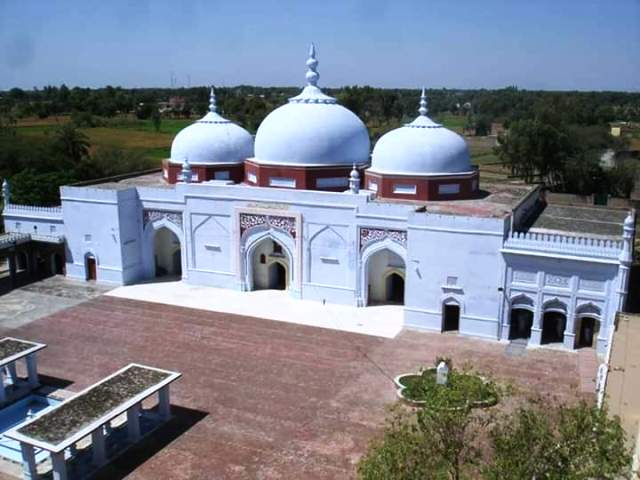 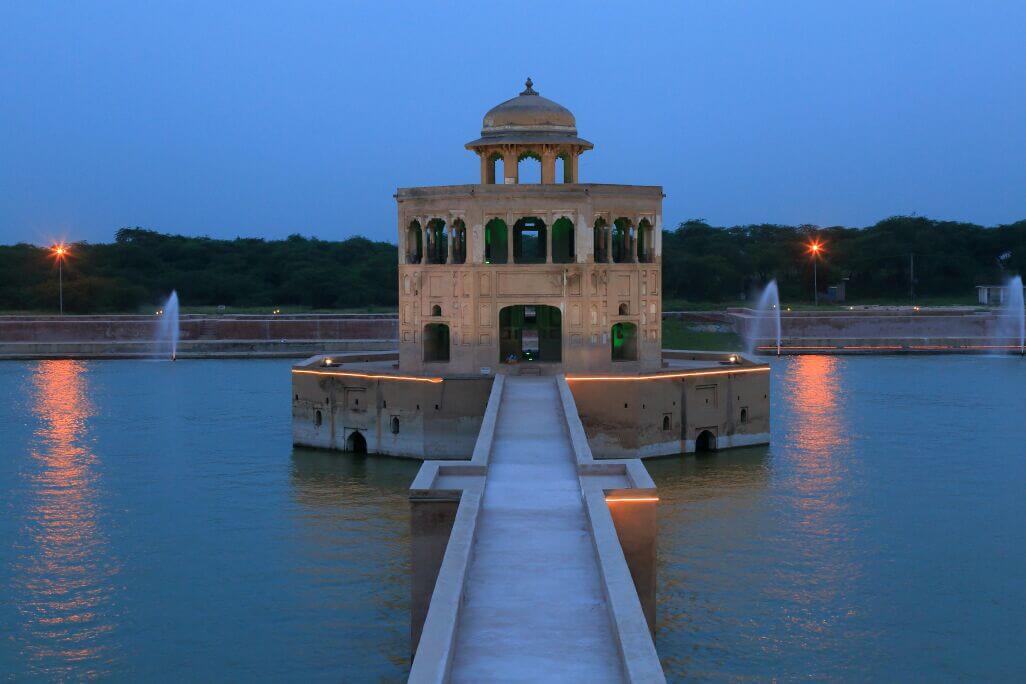 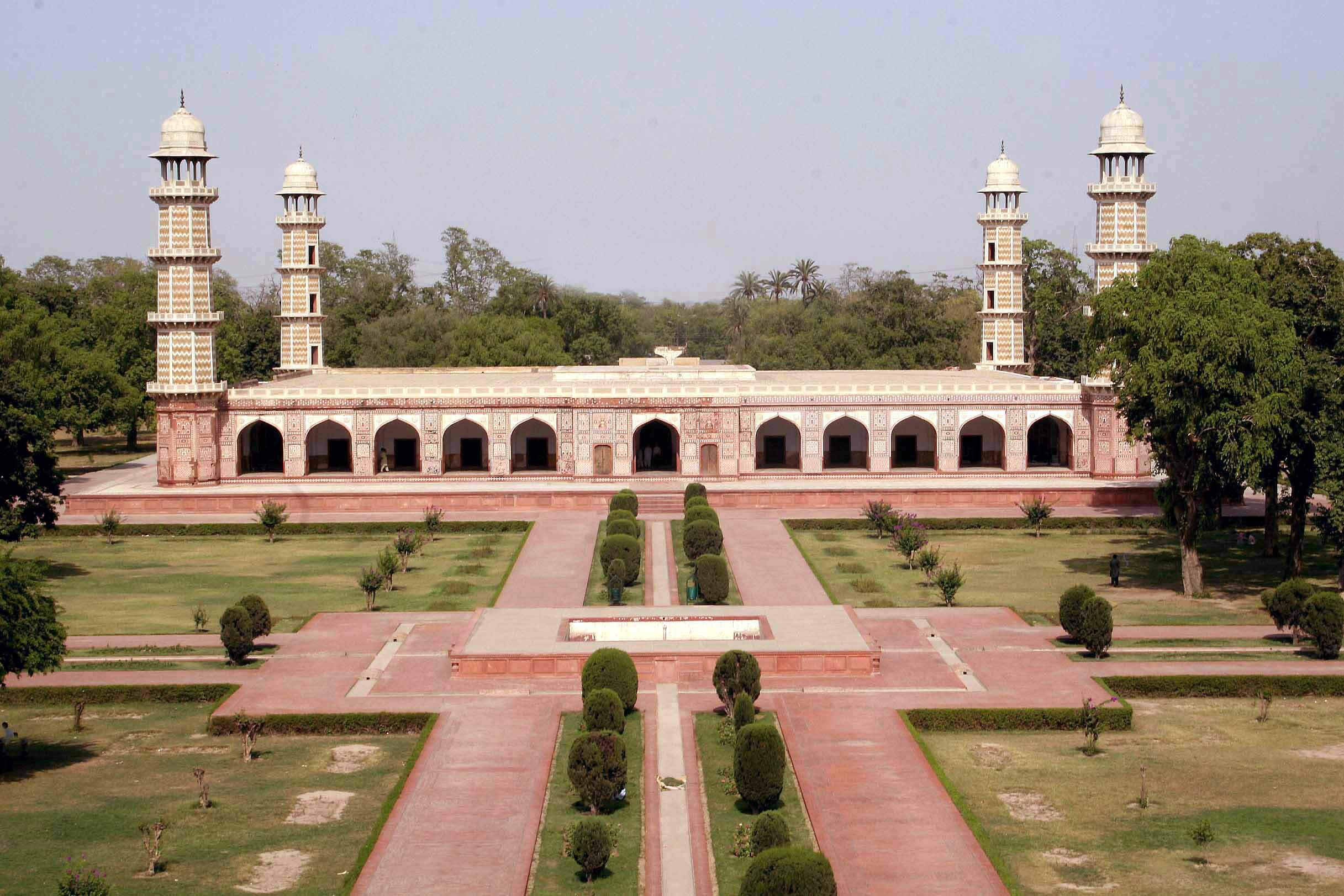 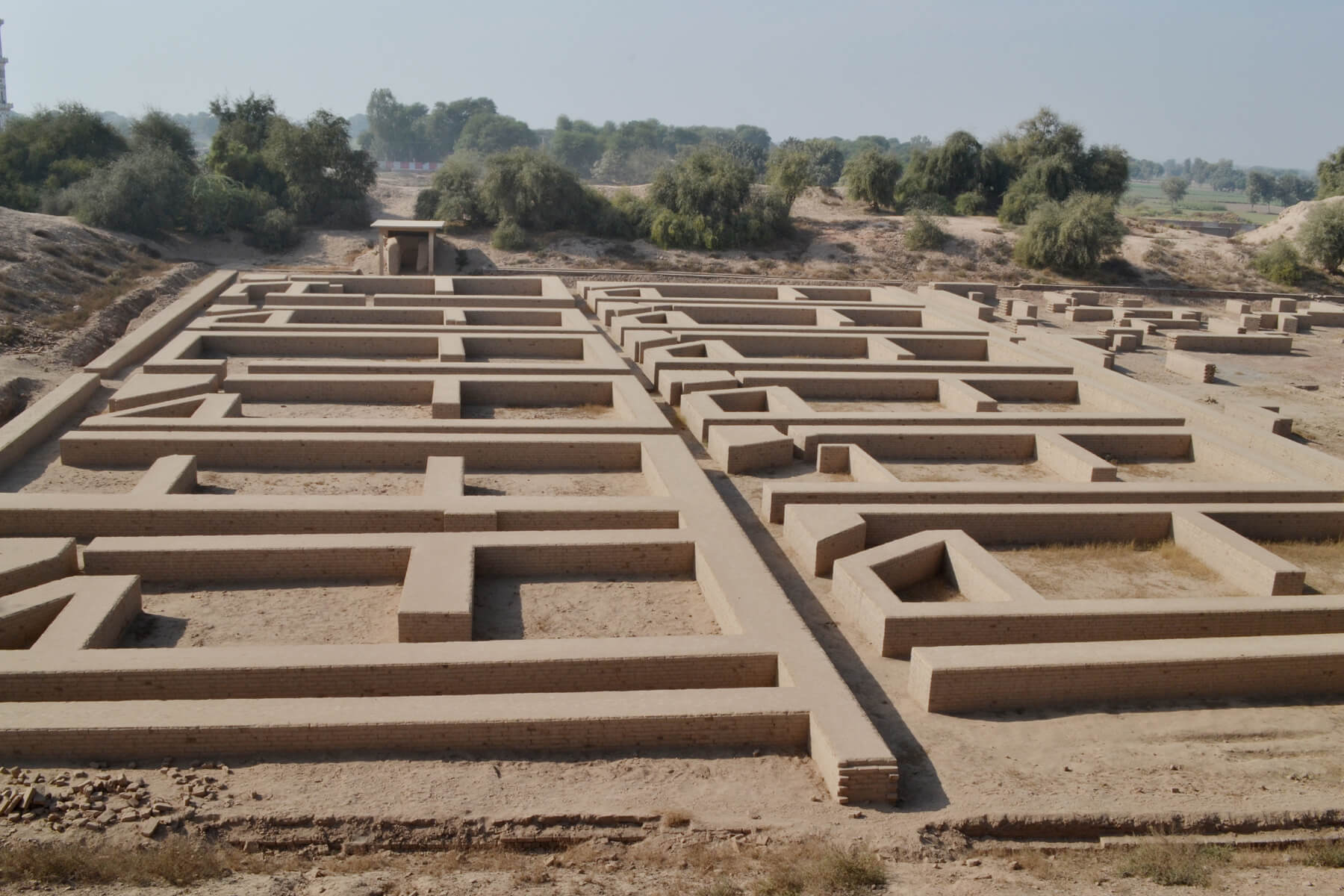 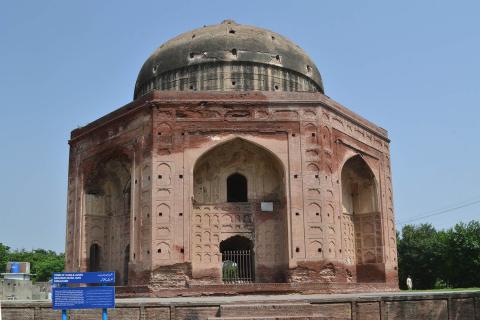 Nawab Bahadur Khan or Khan Bahadur Zafar Jang Kokaltash was one of the important nobles of Mughal Emperor Aurangzeb, died in 1678 A.D and the tomb was built about the same time. During the British period the tomb was considered... 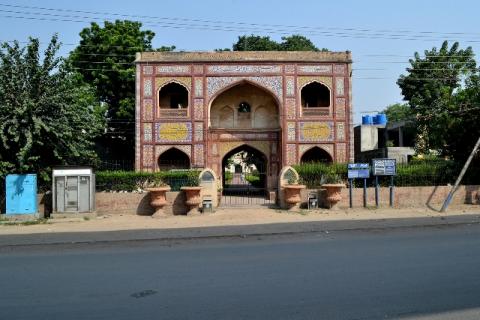 History of Monument (The Tomb)

While going towards Shalimar Gardens from railway station, on the left side of G.T road, next to the UET, there is a quite visible magnificent gateway (... 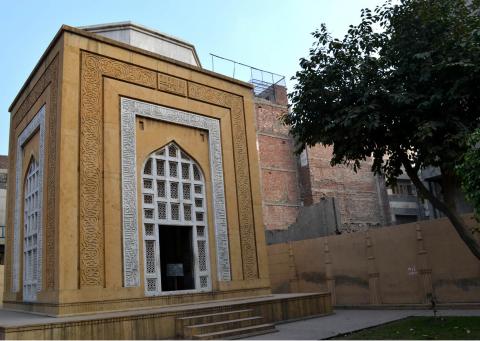 Qutab-ud-Din Aibk, the first Sultan of India and founder of Khandan-e- Ghulaman( Dynasty of Slaves) as well as successor of Shahab-ud-Din Ghori  died as result of fall from horse while playing Chaugan (polo) in 1210 A.D. and... 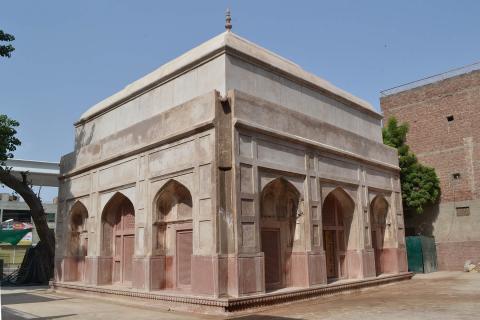 There are graves of unknown persons in the tomb but popularly associated with princess Zaib-un-Nisa, the eldest and most celebrated daughter of the 6th Mughal Emperor, Aurangzeb. It is also said that this tomb was built by her in 1669 A.D. in the... 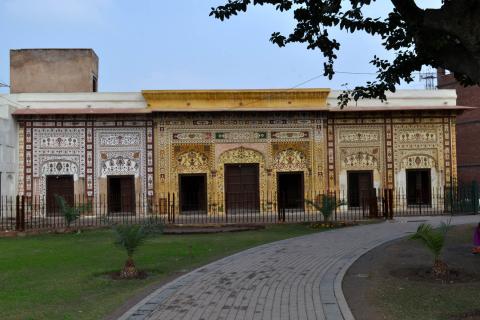 The site and monument known as Sher Singh’s smadh and baradari, are located in the close vicinity of shrine Hazrat Shah Bilawal, 1046 AH/1636 AD, popularly know... Samadh of Bhai Wasti Ra is situated adjacent to the wall of the Old Fort, Lahore, on its north. Bhai Vasti Ram was the Spiritual guide of Maharaja Ranjit Singh. The Samadh, which is entirely built in marble is a beautiful architectural specimen...

Read More
View All
What We Do
Restoration & Conservation
Restorations and conservations of monuments, sites as well as antiquities and museums objects, is a responsibility that has been taken by the department by taking befitting...
Read More
Exploration & Excavation
Exploration and excavation is one of the main functions of the department of archaeology, Punjab perceptively, excavations and conducted to find out or expose the artifacts...
Read More
Establishment of Museums
Establishment of museums is another important responsibility rests upon the department of Archaeology. Especially artifacts and antiquities recovered during the excavations...
Read More
Antiquity Trade Control
Department of archaeology also control the illegal design of archeological site, smuggling, trafficking and illicit trading of antiquities, encroachments in and on historical sites...
Read More
Documentaries